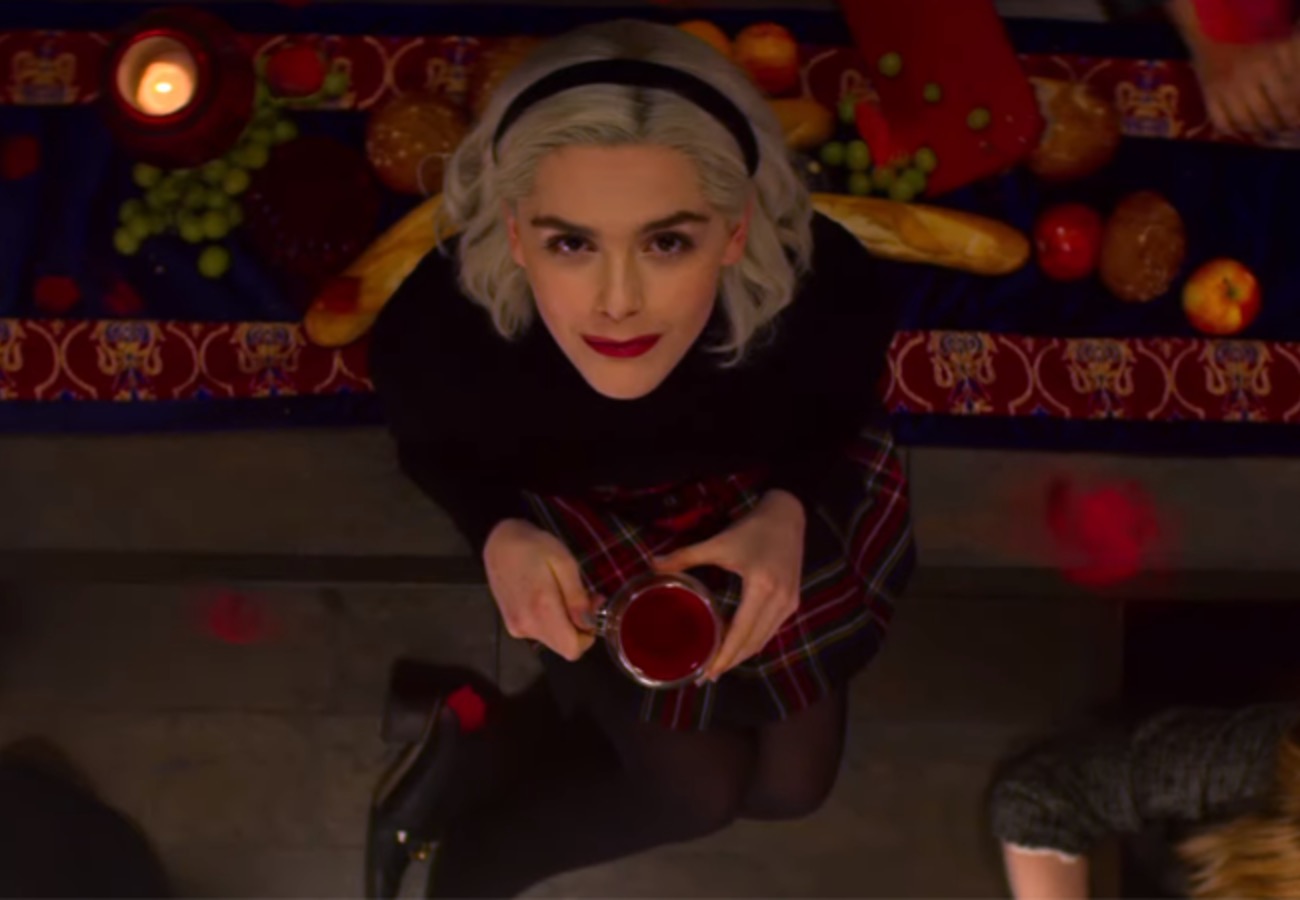 Are you looking for an exciting series to binge in the evening? Stop googling, and go nuke some popcorn because we’ve got you covered.

Below you’ll find a wide variety of Netflix shows with genres ranging from crime dramas and thrillers to dystopian fantasy and animation. Let’s roll!

This animated show from Warren Ellis is one of the best adaptations of classic video games today. Yes, the basis of the series was the famous Konami series Castlevania, in particular the third installment, “Dracula’s Curse,” released in 1989. The events take place in 15th century Europe. The main character, a vampire hunter from the Belmont clan, has to overcome many brutal obstacles to finally meet the most terrible bloodsucker — Count Dracula. However, this show is not for kids due to the portrayed violence, blood, gore, and all that good stuff.

A mysterious man nicknamed the Professor plans the most daring heist in history. Its target is the Royal Mint and the Bank of Spain. To carry out his plan, he recruits eight criminals with nothing to lose. Will the group be able to print 2.4 billion euros in 11 days while holding 67 people hostage? Let’s just say there’s more than one season, so if you love heist stories, check out Money Heist.

This mini-series was the best Netflix show of 2020, and while the chess theme may seem boring to you, The Queen’s Gambit combines it with a tale of self-fulfillment, romance, and drug abuse. The show tells the story of Elizabeth Harmon, who ends up in a Catholic orphanage for girls after the death of her mother. Young Beth shows little interest in her peers’ hobbies until she meets an elderly janitor who loves to play chess. From that moment on, her life takes a new spin.

The anthology mini-series about the dangers of technological advancements has been running for five seasons spanning over 22 episodes and an interactive movie. Each episode is unique, but they all are cautionary tales that modern people should listen to. We need more high-quality science fiction exploring the topic of human dependence on media, and the Black Mirror delivers on that.

Love, Death & Robots is one of the best sci-fi shows on Netflix. The show is a collection of completely unrelated shorts filmed in a variety of animation styles and genres, from comedy to horror. If you enjoyed Black Mirror, you would also enjoy watching this show.

When it comes to TV, the 80s are the one-stop shop for nostalgia. Stranger Things is another brilliant homage to this era. Inspired by Spielberg, Carpenter, and King, the show’s directors filmed a story about a group of friends, a missing teenager, and a science lab associated with this incident. Some fans liken this show to the Harry Potter franchise as you are growing along with the actors, and now you won’t be able to unsee it.

Believe it or not, Chilling Adventures of Sabrina is a reboot of the acclaimed TV show for teens – “Sabrina, the Teenage Witch.” It was a series about the adventures of a not-so-ordinary half-witch who had to balance the regular life of an ordinary teenager with that of a witch. Unlike the original, which was full of laughs and funny situations, the Netflix adaptation is very serious, wicked, and creepy.

Netflix’s first big fantasy series is an adaptation of Andrzej Sapkowski’s series of books about a certain witcher, who has become insanely popular among gamers and readers. In the Netflix adaptation, Superman himself, Henry Cavill, plays this monster hunter Geralt of Rivia. He gets tangled with the wrong people all the time, lifting curses, beheading creatures, and flirting with beautiful women. Even though some fans did not like the changes made by Netflix, it’s still an incredible adventure to witness.

Superhero movies are still quite popular, and seven years ago, they were a prime real estate to have. That’s when Netflix got in bed with Disney/Marvel and made one of the best superhero shows ever. It’s dark, gritty, and full of top-tier acting, with minimum romance and heroic pathos. The classic story of a blind lawyer who fights bad guys at night was a resounding success, making Daredevil’s fan base happy and attracting new audiences. After that, Netflix released Jessica Jones, Luke Cage, Iron Fist, and the big crossover title — Defenders. How to Make a Group Chat on Snapchat